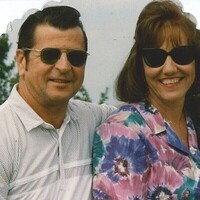 Richard Randle Gordon, Sr., 86, went home to be with the Lord on Friday, April 16, 2021 from the home he shared with the love of his life, his wife, Imogene. She was by his side as his faith became sight, as she has been for the past 62 years.

Richard was born November 7, 1934 in Ada, West Virginia to the late Walter Byard Gordon and the late Edna Mae Pennington Gordon. They moved their family of six boys and one girl to Radford/Montgomery County when Richard was seven years old and this is where he grew up.

He enlisted in the U. S. Army at 18 years old and after getting married, made a career of it with 25 years of service. He then went on to service with the Montgomery County Sheriff’s Office for 13 years. Because of the military, Richard was able to travel. Initially abroad, being stationed in France and Germany, and later in the states at Fort Benning, Georgia, Fort Sam Houston, Texas, Oahu, Hawaii, and Fort Lee, Virginia. Wherever the family was stationed, Richard was known for his exemplary job performance and his faithfulness to the Lord and to the local church. He was also involved in the church planting ministry, being instrumental in the starting of independent Baptist churches in Georgia and Texas.

Left to cherish his memory and miss him terribly are his wife of 62 years, Mary Imogene Gordon; his children, Richard R. Gordon, Jr. and wife Beth, Lynne Wright and husband Jeff, Gary Gordon and wife Alison, Wayne Myers and Tammy; and his brothers, Preston Gordon and Russell Gordon; his beloved grandchildren and great-grandchildren; precious nieces and nephews; and so many dear forever friends.

A service honoring the Lord and Richard’s life and homegoing will be held at 2 p.m. on Tuesday, April 20, 2021 at the Southwest Virginia Veterans Cemetery in Dublin.

Immediately following the ceremony, all are invited for a time of visitation and fellowship with the family at Rockwood Manor B&B, 5981 Rockwood Rd., Dublin, VA.

The Gordon family is in the care of Mullins Funeral Home & Crematory. www.mullinsfuneralhome.com