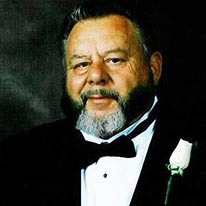 Charles James Goodwin gained his angel wings on May 16, 2022. He was born January 17, 1945 in Owosso Michigan and was 77 years of age. He will join his parents Ernestine Mary Welch Goodwin and Clarence Dwight Goodwin who preceded him in death.

He leaves behind his loving wife of 34 years Anita Goodwin. He has 3 siblings Marianne Pope of Divide Colorado , Shelly Miller of Divide Colorado, Brad Goodwin of Spanaway Washington. He leaves behind a daughter Julie Holm of Livermore Calif and son Daniel Goodwin of Manteca Calif. He was loved and admired by his 2 step children Sharlene Sabonis and John Franke. He was the loving grandfather of 2 grandchildren and 2 step grandchildren. He was loved by his great grandchildren. He has multiple nieces and nephews who will miss this great man. Charles opened the door to his home for over 21 years to a number of foster children. He always loved to hear how they were progressing as adults.

In 1990 Mr. Goodwin relocated from Calif. to West Virginia after marrying his wife Anita. He began employment in 1999 with Volvo and they relocated to Pulaski Va.

He worked at Volvo as a material handler for about 15 years, swing shift till retiring about 2013. Charles Goodwin loved animals and often helped out at the Pulaski Animal Shelter till he was no longer able. His little dog Tucker already misses his daddy.

He loved his friends which included our neighbors, the mailman and best friends George and Joanne Habrecht. He often made himself available to help his family, friends and take a moment to chat with others. He loved to cook, putter in his garage, doing the yard work and fixing things around his home. He will be greatly missed but never forgotten.

Graveside funeral services will be held Wednesday June 15, 2022 at 1:00 p.m. at the Southwest Virginia Veterans Cemetery with retired Army Chaplain Charles Damron officiating, and military honors will be provided.