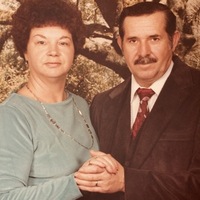 Wiley Edward Goad, 88, passed away peacefully at his home in Parrott on Thursday, May 27, 2021. Wiley proudly served his country in the Korean War with the U. S. Army 24th Div. 21st Reg. where he earned many medals including 2 Bronze Stars. He had a quick wit and was a great story teller.

Wiley retired from the Radford Arsenal in 1992 after many years of service. He was an avid BINGO player after his retirement and made many friends along the way.

Wiley was preceded in death by his parents, Robert and Hattie Goad; his wife of 61 years, Nomia Ann Goad; daughters, Rita A. Simpkins and Verona G. Yates; and granddaughter, Tabitha Wurzburger.

The family would like to give special thanks to Kindred Hospice Care for all the love they have shown the family.

The family will receive friends from 10 until 11 a.m. on Tuesday, June 1, 2021 at the Mullins Funeral Home in Radford. Funeral services will begin at 11 a.m. with Pastor Michael Bond officiating. Interment with full military honors will follow in Highland Memory Gardens in Dublin.

The Goad family is in the care of Mullins Funeral Home & Crematory. www.mullinsfuneralhome.com