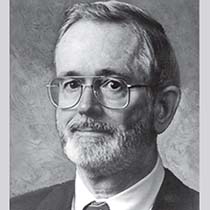 From 1970 to 1995, he taught at Virginia Tech and was the director of the Orogenic Studies Laboratory in the department of geological sciences. Lynn was a leader in studies of the tectonics of the Appalachians and basement under the Atlantic Coastal Plain. He did research on the Scandinavian Caledonides tectonics, collaborated with others in the exploration for low temperature geothermal resources in the southeastern United States, studied the geologic framework of seismicity in Virginia and North Carolina, consulted in general geology and the geology of nuclear power plant siting, and contributed signifi cantly to the rift and drift history of the mid-Atlantic continental margin.

A Memorial Service for Dr. Glover will be held on Saturday, April 8, at 4 p.m. in the War Memorial Chapel on the Virginia Tech Campus, Blacksburg, Virginia. In lieu of flowers, donations may be made to the Lynn Glover III Fund for Student Field Trips, Virginia Tech Foundation, and mailed to the Department of Geosciences, c/o Linda Bland, 4044 Derring Hall, Blacksburg, VA 24061-0420.