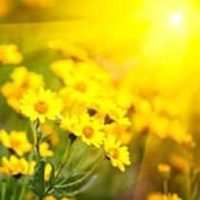 Mary Payne Givens, 83, of Newport, Va. passed away Saturday, March 11, 2006. Mrs. Givens was born on February 14, 1923 in Cabin Creek, W.Va. and was a daughter of the late Frances Robert (Frank) Payne, Jr. and Dora Kelley Payne. Besides her parents, she was preceded in death by her husband, Daniel Wallace Givens.

Mrs. Givens was a member of the First Christian Church in Newport.

A memorial service will be held Saturday, March 18, 2006 at 1 p.m. at the First Christian Church in Newport. The family will receive friends Friday evening March 17, 2006 from 6 to 9 p.m. at the home of Mark and Melodie Givens in Newport.

In lieu of flowers donations may be made to the First Christian Church in Newport, or to a charity of your choice.

Online condolences can be made to the family at givensfuneralhome.com.