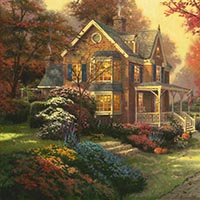 She was preceded in death by her spouse, Ralph A. Giovanetti, Sr. and her grandsons, Zachary H. Casperson and Thomas “Nick” Atkinson.

A mass will be performed by Father Tito at Sacred Heart Catholic Church in Riverton, NJ, on Saturday, August 8th, 2009 at 10:00 a.m. In lieu of flowers, the family requests that donations be made to Deborah Heart and Lung Hospital, 200 Trenton Road, Browns Mills, NJ 08015.