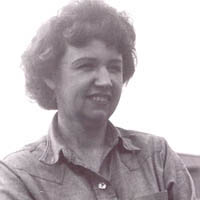 Iyone Koland Gillis of Christiansburg passed away peacefully in her sleep on Sunday, November 22, 2015. She was surrounded by four of her six children. Iyone was born in Cass Lake, Minn., on July 20, 1923, one of nine children of George and Minnie Koland.

She is survived by a sister, Corrine; and brothers, George, Bud, and Laddie. Also surviving are her six children, Lee Ann, Alan, Carol (Susie), Barbara, Janet, and George; nine grandchildren; and six great-grandchildren.

Iyone left home at 17 to work in Chicago and then on to Washington, D.C., where she worked at the Pentagon during the War. 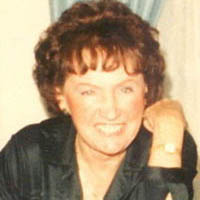 Iyone was a remarkable woman, an icon who lived a full and interesting life. A Modern Day pioneer who along with her husband, Leon, took their children by horse drawn covered wagon across the United States from Virginia to California and then to Europe from Amsterdam to Moscow (during the Cold War).

She was an inspiration to all who met her in every country she traveled.

‘Such a great loss for you and your family. I believe that nothing can prepare you for losing your parents – not your own age nor disease. They say that in some parts of the world you’re considered to be still a child while your parents are alive. I guess, Susie, it’s your coming of age period. Now there are only memories left and past tense to use when speaking of your dear mama. Things you did together, thoughts of her being in a better place, few tears of sadness to shed, more tears of laughter to share. Believe it or not, after days of heavy snowing in my hometown of Ufa it started raining today. So I guess mother Nature is mourning your loss as well. And all along Last Wagon West trail people in small towns and big cities in all these foreign lands will stop today and feel twinge of sadness for no apparent reason. But we all will know the reason for this. Let her rest in peace.’