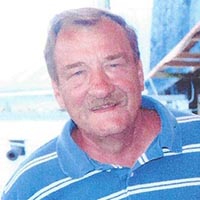 Jerry Lee Gilbert, 74 of Narrows, VA. Went to be with the Lord on Wednesday, October 21, 2020. Jerry was born on April 5, 1946 in Coretta, WV and was a son of the late George Riley Gilbert and Mary Frances Marsh Gilbert.

He was a graduate of Big Creek High School in War, WV, a former employee of Fairfax Co., VA, before retiring as an employee of the Celanese Plant in Narrows. Jerry was an avid outdoorsman who enjoyed hunting and fishing. He loved spending time with his large family.

A memorial service will be held Saturday, October 24, 2020 at 1pm at the Givens – Riffe Funeral Chapel in Narrows with Pastor Mike Biggs officiating. The family will receive friends at the funeral home one hour before the service from 12 – 1pm. We Will be observing COVID-19 precautions, please wear a mask and social distance.