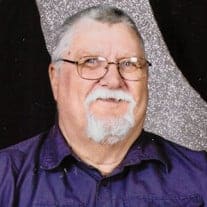 Roy was a carpenter for most of his life and to us he was one of the best. He worked for Poff Construction and Snyder Hunt. After age dictated a change, he and two of his best friends operated a gas station in Pulaski, VA. He ended his working career by retiring from Sisson and Ryan Quarries.

One of his favorite pastimes the last few years was working puzzles with his wife and giving them to friends and family. We will always cherish those. His sense of humor will be greatly missed by all that knew him.

A graveside service will be held on Friday, January 7, 2022 at 11:00 a.m. at the Musselman Family Cemetery in Shawsville.