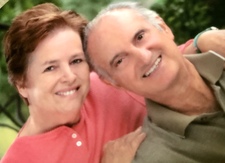 As a teenager he learned electronics and mechanical repairs while working in his Uncle’s garage. When he became an adult, he worked for Haliburton which took him to places such as the Sahara Desert. After moving to the United States in 1964, Tony learned English, became a US citizen, married Gladys R Cotton, and became a loving Father to four boys. Tony and Gladys had been married for 55 years.

Tony moved the family from New Jersey to Floyd, Virginia and he started working at Skyline Ford as a mechanic and then as an electrician at Hollingsworth and Vose, where he worked until his retirement. Tony enjoyed his home life with Gladys, raising his boys and kept busy in retirement by tinkering on projects.

A private ceremony will be held at Jacksonville Cemetery, Floyd, VA. In lieu of flowers, the family respectfully requests donations be made to the Alzheimer’s Foundation of America.