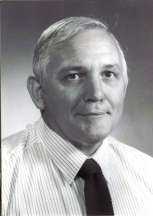 David E. Gemmell of Pilot, went to be with the Lord with his family by his side on Wednesday, July 9, 2014, after a four year long battle with cancer.
David was a graduate of Emory and Henry College perusing several careers from Baylor, TX to 24 ½ years of service at Virginia Tech where he retired. David was an Eagle Scout and avid scout leader, which included beginning a troop out of Riner. David was also a long time member of Auburn United Methodist Church.

David’s favorite title he held was “papaw”. David will be greatly missed by his grandchildren and family.