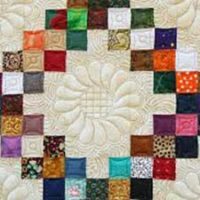 She was a former employee of Radford Army Ammunition Plant during WWII, and then worked for Hercules Powder. She was a long-time member of the First Baptist Church in Pulaski, and a member of the Order of the Eastern Star. She moved to Fairland, OK in 2004 to be close to her son and daughter.

She is survived by her son; Forrest Stoots of Fairland: a daughter; Betty Boadwine of Miami, OK; a step-son; Harry Lee Gates of Pulaski; two step-daughters; Maud Gates Brodd of Dawsonville, GA, and Ruth Gates Stewart of Radford. Also survived by three grandchildren, seven great-grandchildren, and several nieces and nephews.

A memorial service will be held at the First Baptist Church, Randolph Ave., Pulaski Sunday August 26, 2007 at 3:00 p.m. with the Rev. Phillip Moran officiating. The family will receive friends at the church following the service. Entombment was held privately in Highland Memory Gardens in Dublin, Va. Arrangements by Thomas M. Seagle & Sons, Pulaski.