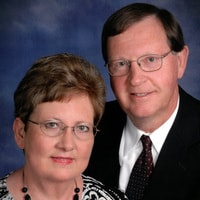 Martha Blackburn Gardner, 72, of Radford, entered her Heavenly home on January 31, 2022. She was preceded in death by her parents, Garland and Stella Blackburn, and her brother, Timm Blackburn. She is survived by her husband of 49 years, Doug Gardner; daughter and son-in-law, Amanda and Michael Pollard; son, Scott Gardner (Dave Winston); and numerous other relatives and friends.

Martha was an insightful, discerning and bright person who seemed to be able to do it all. She worked, crafted, cooked, raised a family and so much more, all while making it look effortless. And despite an avowed dislike of board games, she could peer over her children’s shoulders during a Scrabble game and amaze them with her prowess.

Many described Martha as elegant, yet she was from humble roots. She was born in Galax, VA feet first–a testament to her resilience against obstacles. Her parents knew she was strong and would always be able to take care of herself, which she certainly did. Her parents, both from Independence, VA, instilled in her a make-do attitude, but they infused with it the ability to dream. When Martha was quite young her parents moved to the Radford area, where Martha would spend her life. She graduated from Radford High School and attended New River Community College.

As a student at the Community College, she caught the eye of her future husband, Doug, who asked her to join him for a Coke in the lounge. They married in 1972, and Martha was always a strong partner to her husband. She wasn’t afraid to give a push, and some of her husband’s proudest achievements stemmed from this. Martha was the one who encouraged Doug to apply for the position in Facilities Management at Radford College. She was also the one who convinced Doug to have a child, Amanda, and then to have another, Scott.

Throughout her life, Martha was never too proud to do work that others might look down upon. Her professional career began at Radford College in 1971 and ended in 2016 after 18 years as the Administrative Assistant for Giesen-Caldwell Realtors. In between these positions she held jobs at Inland Motors and the school cafeteria at McHarg Elementary. She took a hiatus from work in the mid-1980s to dedicate time to raising her family and taking care of her mother.

For Martha, her family was her world and she strove to make sure her children always did well and that they always felt loved and encouraged. Her spirit lives on through Amanda and Scott who both inherited Martha’s determination, sarcasm, love for the past, ability to dream and, yes, a need to collect.

Martha was a Christian and an active member of Calvary Baptist Church for 40 years. She was very willing to give of her time and talents. She and Doug operated the church’s AWANA program for 22 years. Martha was known for her chicken casseroles at pot luck dinners and for her hot dog chili at the AWANA Grand Prix events.

In her final years, Martha’s amazing skills were slowly taken from her by dementia. She entered this battle bravely, and she is now free from the cruel disease that robbed her of her mind and abilities. Despite its ravages, it never took away her essence. Deep down, Martha was always there, full of spirit, love and compassion. For her family, Martha was an absolute treasure.

The family will receive friends from 4 until 7 p.m. on Friday, February 4, 2022 at the Mullins Funeral Home & Crematory. Graveside services will be held at 12 Noon on Saturday, February 5, 2022 at the Bridle Creek Cemetery in Grayson County with Pastor Timothy Worles officiating.

Flowers are appreciated or contributions may be made to the Bridle Creek Cemetery Fund, Attn: Mary Young, 1624 Battlefield Dr., Independence, VA 24348.

The Gardner family is in the care of Mullins Funeral Home & Crematory in Radford. www.mullinsfuneralhome.com