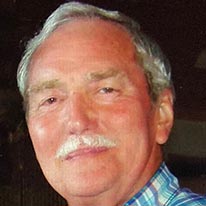 Lewyn “Lew” Carlton Gardner, 88, of Narrows, VA., (Wolf Creek), passed away on Tuesday, November 30, 2021, at his home. Lew was born on June 19, 1933, in Roanoke, VA and was a son of the late Thomas Wallis Gardner and Mary Cochran Gardner. Besides his parents, he was preceded by one nephew, Kevin Coon and several brothers-in-law and sisters-in-law.

Lew grew up in the community of Lafayette, VA, near Salem before moving to Winston-Salem, NC, and graduating from R.J. Reynolds High School. He then joined the military, serving four years in the U.S. Navy on the U.S.S. Atakapa as a radio operator. Lew was a retired employee of the Celanese Corp. Plant in Narrows with 37 years of service. Lew was a member of the Hale’ Chapel Methodist Church on Wolf Creek Road in Narrows. Lew loved the outdoors, especially turkey hunting and fishing. Lew spent a lot of time with his grandsons, teaching them outdoors skills that he had learned as a Boy Scout and traveling many miles, watching them play sports. Lew and Judy also loved hosting 4th of July gatherings for family and friends for almost 40 years.

Graveside funeral services will be conducted Friday, December 3, 2021, at 2:00 pm at Fairview Cemetery in Narrows. The family will receive friends Friday at the Givens-Riffe Funeral Home in Narrows from 12 – 1:30 pm. Memorial donations may be made to the local VFW in Narrows or to the Hale’s Methodist Church.