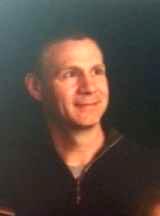 James Edward Gann, Jr. 50, of Newport departed this life Thursday, February 27, 2014 at his home surrounded by his family after a long battle. Born in Ohio on February 18, 1964, he was a son of the late James Edward Gann, Sr. and Elizabeth Byrd Gann. James was a veteran of the Marines Corp. He leaves to cherish his memory, his wife Alecia Gann, and two children, a son Jacob Gann, and daughter Jamie Gann of the home. Brothers and Sister John Gann of Newton, NC, Jack Gann of Moorehead, MN, and Stella Gann of Floyd, VA. Memorial services will be conducted Saturday March 8, 2014 at 2:00 pm in the Kendall Funeral Home, 605 Snidow St., Pembroke with Pastor Roger Henderson officiating. The family will receive friends one hour before the services. The family requests that in lieu of flowers, contributions may be made to Sun Trust Bank, 903 University City Blvd., Blacksburg, VA 24060 Online condolences may be sent by visiting kendallfuneralhome.com.