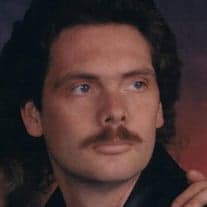 January 17, 1965 – January 27, 2022 Daniel “Dan Dan” “Poppie” Galliher went to be with the lord on January 28th 2022. He was a kind hearted, easy going person. Dan touched so many people with his charming attitude. He never met a stranger, and if he did, it wouldn’t be long before he was your friend. He would do anything for anyone with no questions asked. Dan was the one person so many could count on.

He is survived by his Wife: Elizabeth Galliher. Mother: Mazie Marshall. His son: Zachary Cunningham and his two favorite people in the whole world, his grand babies: Owen and Emily Cunningham.

We WILL see you again.