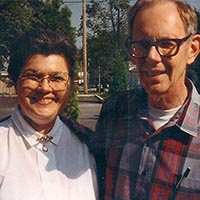 Guy Littleton Furr, Jr., 80, of Roanoke, Va., passed away on Saturday, December 13, 2014, after struggling for six years with Dementia.

He was preceded in death by his mother, Sammie Furr; his father, Guy “Fuzzy” Furr; his beloved wife, Judy Furr; and his beloved dog, Denali.

Left to cherish his memory are his son, David Littleton Furr; daughter, Mary Rosser Furr; and many cousins and friends.

He was a member of the Episcopal Church and an avid reader of the Bible, and lived his life with strong convections. He served on the Vestry at Christ Episcopal in Roanoke and in Pulaski, Va., as well as continuing his volunteer service in many social outreaches programs for both churches.

He was also deeply involved with FOCL (Friends Of Claytor Lake) and gave his time volunteering in various activities to help keep the lake clean and cared for.

He was most comfortable living on his own terms. Choosing to live a quiet, stable, content life. He had inner strength, was well respected and love by all who knew him. Giving everyone he met respect and dignity and compassion, no matter the stations in their life. Never saying an unkind word about anyone.

He attended University of the South and then transferred to Virginia Tech where he graduated with a degree in Industrial Engineering and started his career at Westinghouse Electric Corporation and then transferring to Appalachian Power Company where he retired.

He married Judith Ann Gordon Furr right out of college and spent his life utterly and completely devoted to her. She was his passion, his soul mate, his everything. He also gave of his time and care to his children and was the typical father with quite guidance and leadership without fanfare.

He was a member of the executive committee and secretary of the Roanoke Valley Speech and Hearing Clinic, and volunteered in Boy Scouts and Girl Scouts.

He is fondly remembered by many who grew up in the scouting troops he was involved in. He was an avid water skier and Jack-of-all-trades and loved to be outdoors. He was proficient in carpentry, electronics, and mechanics and welding. He took great joy and pride in working with is hands and figuring things out. Tinkering, creating, building and problem solving the many issues that came out of living by the lake. His work was solid and sure, drawing high praise from those who saw his work.

He will be remembered best by his dry humor. He was full of practical jokes and keep people laughing. His antics as a teen and adult are often told over and over again. Yet he was a quiet man, reserved and was most comfortable in his workshops and garages.

Many thanks to his personal caregiver, Lisa Harrison, and all the caregivers from Home Instead Senior Care for their devotion, kindness and compassionate care and love to “Mr. Litt”Also a deeply appreciated thank you to his doctors, and physical therapists from Professional Therapies and the speech and physical therapists and hospice workers from Amedisys. Each of you making his quality of life deeper and more viable.

Funeral Service will be held at 2 p.m. on Saturday, December 20, 2014, at Christ Episcopal Church. Immediately following the service there will be a reception at his home, 2412 Laburnum Ave., S.W. Roanoke, Va.

Please consider making donations to the Alzheimer’s Association or FOCL at Claytor Lake.