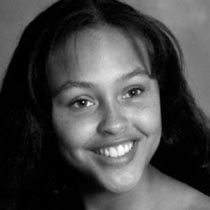 Bever-Leigh Bernadette Fuller, 33, of Pulaski, Va. departed this life on Friday, April 15, 2016, after a long-term illness.She was born August 20, 1982 in Pulaski. She graduated from Pulaski County High School in 2000.

The family expresses its deepest appreciation to the Pulaski Regional Emergency Medical Services.

Arrangements are under the direction of Serenity Funeral Home and Cremation Service.