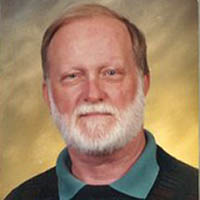 Phil retired in Charlotte, NC after 30 years with BellSouth as an engineer. He served in the US Air Force during the Vietnam War era, stationed in Louisiana, Georgia, Greece and Oklahoma.

Throughout his life Phil enjoyed singing choral music at Hickory High School, NC State University, Charlotte Philharmonic Chorus, Floyd County Chorus and several Lutheran churches. Phil loved exploring the North Carolina mountains where the family spent many summers camping. Having raised their family in Charlotte, Phil and Debbie moved to Indian Valley in the mountains of Virginia in 2002 and have thoroughly loved the slower pace of life, making new friends, cool crisp nights with millions of stars, their fur babies (Pretzel, Mattie, Murphy, Bogey and Brando), and their section of the Greasy Creek valley – a true heaven on earth.

The family sincerely thanks everyone for their love and prayers during this difficult time.