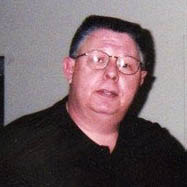 William (Punky, Bill) Fulcher, surrounded by his family, left this earthly life and entered into the joys of heaven on Tuesday, February 23, 2021. He was born on August 21, 1948, to the late Roy J. Fulcher and Louise Fulcher Smith.

Punky was a member of Edgemont Christian Church where he served in the office of Deacon.

In lieu of flowers, memorial contributions may be made to Edgemont Christian Church at 2289 Edgemont Road, Christiansburg, VA 24073.