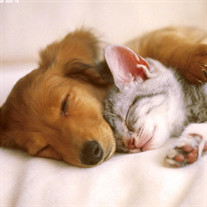 She was a long time employee of Weiman Furniture. Ann had a zest for life that was apparent to all who met her. She was an animal lover and was always willing to help anyone in need. We will miss her laughter.

In addition to her father, one brother, James W. “Junior” Meadows, preceded her in death. Additional survivors include her son, James French and wife, Carrie, of Roanoke, Va.; one grandson, Liam French; one sister, Aletha “Kay” Carbaugh, of Blacksburg, Va.; nieces, Connie, Debbie, Shelley and Robin; nephews, Jay and Nathan; her beloved dog, Bear; and many friends.

In keeping with Ann’s wishes the body has been cremated. A memorial service will be conducted 3 p.m. on Saturday, February 21, 2009, at McCoy Funeral Home Chapel in Blacksburg, Va. Friends may call at McCoy Funeral Home from 2 p.m. until the service hour on Saturday. Online condolences may be sent to the family at www.seaverfuneralservice.com  Seaver Funeral Home in Princeton, W.Va., is serving the French family.