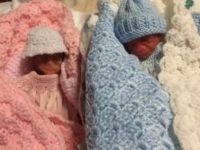 Graveside services will be conducted Saturday, June 27, 2015, at 11:00 am in the Horseshoe Cemetery at Pembroke.

The Kendall Funeral Home in Pembroke is in charge of the arrangements.