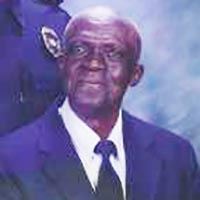 Our friend and Dad, David Eugene “Tack” Freeman, formerly of Mill Road, Pembroke, Virginia departed this life at home in Pearisburg, VA to ascend to his Heavenly Home on Monday, September 23, 2019 at the age of 86, surrounded by the loving care of his family and Good Samaritan Hospice.

“Tack” dedicated himself to 30 plus years of service with Norfolk and Southern Railroad. He loved to worship with his church family at Pembroke Assembly of God and he made sure the grass was always taken care of.

Funeral Services will be conducted Saturday, September 28, 2019 at 2 PM at Pembroke Assembly of God located at 6201 Virginia Avenue Pembroke, Virginia with Pastor Terry Eversole and Pastor Eddie Kendall officiating. The family will receive friends at the church from 12-2. Burial will follow at the Birchlawn Burial Park in Pearisburg, VA