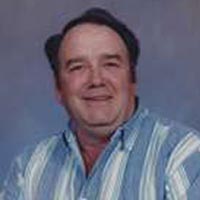 James Edward Frazier, 73, of Simmental Lane, Pembroke, VA departed this life Wednesday morning, May 2, 2018 at Carilion Roanoke Memorial Hospital in Roanoke, VA. Born in Trigg on January 27, 1945 he was a son of the late James William and Thelma Irene Riddle Frazier.

He was a talented carpenter and gifted wood-worker. He was preceded in death by his parents, his son Robert Frazier, and his sister Shelby Jean Williams.

Funeral services will be conducted Sunday at 3:00 pm in the Kendall Funeral Home, 605 Snidow St., Pembroke with burial following in the Staffordsville Cemetery. The family will receive friends at the funeral home two hours before the services. Online condolences may be sent by visiting kendallfuneralhome.com.