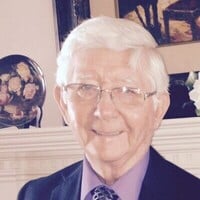 Dr. Charles Benjamin Franklin, 92, of Radford, passed away on Tuesday, October 19, 2021. “Poppy”, as he was affectionately called by his family, was a husband, father, pastor, educator and administrator. He attended Emmanuel Junior College, received a B.S. degree from Radford College in 1959, M.S. degree from Virginia Tech in 1962 and a PhD in Education Administration from UVA in 1973.

He started his career in a two room school house in West Virginia. He taught at various schools throughout the New River Valley, served as principal at several locations, and served as assistant superintendent of Pulaski County Schools spending 17 total years in the Pulaski County School system. In 1977 he became superintendent of Radford City Schools and retired there in 1987. He then worked as an adjunct professor at Radford University before working for the Southern Association of Colleges and Schools until he retired for good at the age of 73. Charles was also a pastor at several churches during his years in education giving up his pastoral responsibilities in 1968.

Charles met the love of his life, Dorothy Anne Baker, at a church youth camp in 1948. They married in August of 1950 and were married for nearly 65 years.

He was preceded in death by his loving wife, Dorothy Anne Baker Franklin; his parents, James Talton and Nancy Graham Franklin; and brothers, James and Berkley Franklin.

Graveside services will be held at 1 p.m. on Friday, October 22, 2021 in the Appalachian Conference Ground in Dublin with Pastor Jason Green officiating.

In lieu of flowers, please consider contributions to the Compassion Church Missionary Fund.

The Franklin family is in the care of Mullins Funeral Home & Crematory in Radford. www.mullinsfuneralhome.com