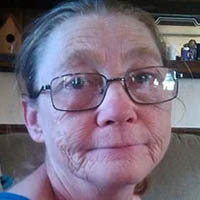 Cathie Susan Fowler, 60, of Radford, passed away at her home with her family and best friend at her side on July 2, 2020, after a long struggle with cancer. She was preceded in death by her parents, Hubert ‘Bulldog’ Montgomery & Gladiese Buckner Montgomery; sisters, Sabrina Bugg, Joyce Lucas; children, William ‘Willy’ Fowler, twins – David and Starlight Fowler; grandchild, Justin Hughes; and special friends and family, Buddy Wayne and Kojack.

In lieu of flowers, the family requests donations to be made on the Facebook fundraiser sponsored by Sandra Hoover.