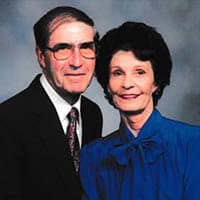 Carter Roosevelt Forbes of Blacksburg and formerly of Roanoke, Va., passed away on Monday, June 10, 2019, just two months shy of his 100th birthday. Carter was born on August 8, 1919, in Linville, N.C., to Meade and Mary Forbes. He was a World War II combat veteran, serving in the United States Army in the Rhineland during the Battle of the Bulge.

Carter brightened the lives of those around him with his quick sense of humor and ready smile. The family wishes to thank Warm Hearth Village, especially the staff at Kroontje Health Care Center, for providing a loving community for Carter over the last eight years A private family service is planned. Online condolences may be made at www.oakeys.com.