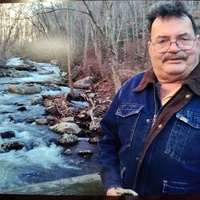 William Ray “Bill” Foley, 75 of Narrows, VA said his final farewell and followed the seas, arriving at his new home, May 28, 2021 in the care of Carilion Giles Community Hospital. Born in Washington State on November 3, 1945, he was a son of the late William Joseph Foley and Margaret Christman Foley.

Bill dedicated his life to the service of his country, first being deployed during Vietnam, and second as a career diesel mechanic in the United States Navy.

He is preceded in death by his parents; wife, Sarah Ann Horton Foley; and daughter, Sarah Sowers.

There will be a committal service for Bill Monday, June 7, 2021 at 2:00 PM in the Southwest Virginia Veterans Cemetery. In Lieu of Flowers, it is Bill’s wishes that any donations in his memory be given to the Rich Creek Volunteer Rescue Squad. A guestbook is available by visiting www.kendallfuneralhome.com. The staff of Kendall Funeral Home are honored to be serving the Foley Family.