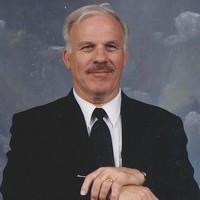 Rev. Kenneth Franklin Fogus, 85, of Pulaski, went to be with the Lord on Thursday, February 20, 2020. He was born in White Sulphur Springs, W.Va. on November 12, 1934, the son of the late Henry Kay Fogus and Mary Madeline Bennett Fogus.

He was saved by God’s Grace and called into the ministry at the age of 18, a graduate of Holmes Theological Seminary and Emmanuel College, and served 7 different churches over 58 years before his retirement. He served on the Christian Education Board and on the conference Board of the Appalachian Conference. He had the heart of a Pastor and cared deeply for all in his congregation. He was  All State in high school football, an avid sports fan and hunter, and was known as “the preacher that killed a bear”.

He was preceded in death by his parents; brothers, Dr. Donald Fogus and Rev. Conald Fogus; sister, Freda Monday; and grandson, Sean Tatman.

He is survived by his devoted wife of 64 years, Isabelle Boggs Fogus; daughter and her husband, Debra and Michael Tatman; sons, Kenneth Fogus, Jr. and his wife Drema; and Greg Fogus and special friend Patty; grandchildren, Nathan Tatman, Jonathan Tatman, Megan Tatman and Jared Fogus and wife Jenny; great grandson, Ander Fogus; brothers and sisters and their spouses, Alice and Willie Knight, Netsy and Edward Richardson, Henry and Sara Fogus, Steve and Ethel Fogus, Gary and Sue Fogus, and Rita and Randy Townley; and many other relatives and friends.

The family will receive friends from 11 a.m. until noon on Tuesday, February 25, 2020 at the Draper Valley Pentecostal Holiness Church. Funeral services will begin at 12 noon with Rev. Mike Ingo and Dr. C. R. Conner officiating. Interment will follow in the Appalachian Conference Cemetery in Dublin.

The Fogus family is in the care of Mullins Funeral Home & Crematory in Radford, Virginia. www.mullinsfuneralhome.com