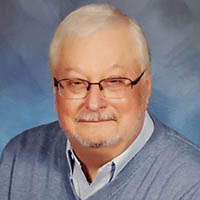 Billie B. Flint Jr., 71, of Whispering Pines, formerly of Pulaski, Va., went home to be with his Lord and Savior Tuesday, May 18, 2021. He was surrounded by his wife and two sons at his home in Whispering Pines. Bill’s larger than life personality, his infectious laugh, brilliant humor, and his willingness to always give so much to those around him, have forever cemented his legacy to all those who were blessed to have known him.

Bill began his career in sales at LOF Plastics in Martinsville, Va., and quickly moved through the ranks. He left to join A.E.P Industries, then W.R. Grace before moving his family to Wisconsin, fulfilling his goal of becoming president at Flambeau Corporation in Baraboo, Wis. He consistently poured his knowledge, passion, leadership, care and most importantly, humor into those around him. Bill moved on to Indiana to lead EFP Corp, which eventually led to him realizing his dream of starting his own consulting business and writing his book titled “The Journey to Competitive Advantage Through Servant Leadership.”

Bill’s passion for teaching and mentoring didn’t stop with his professional career as he and his wife Kay devoted their lives to their church families and communities including Good News Baptist Church in Roanoke Rapids, Walnut Hill in Baraboo, Wis., Nappanee Missionary Church in Nappanee, Ind., and First Baptist Church of Pinehurst in Pinehurst. Their impact on young married couples, children’s ministries and the local communities has been felt in every stop on their journey together.

Bill was preceded in death by his parents Bill Flint Sr. and Iretta Flint; and his brother Barry.

The funeral service will be held at 3 p.m. Saturday, May 22, at First Baptist Church of Pinehurst in Pinehurst, with Pastors Steve Wilson and Justin Lamason officiating.

Memorial gifts in Bill Flint’s memory can be made to FirstHealth Hospice, 150 Applecross Road, Pinehurst, NC 28374 or Foundation of FirstHealth Rock Steady Boxing (in memory of Slick Willy) at the same address.

Arrangements are being handled by Boles Funeral Home located in Southern Pines.

Online condolences may be made at www.bolesfuneralhome.com.