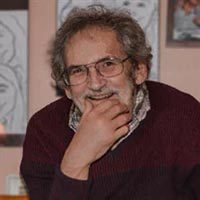 Peter Fletcher of Christiansburg, Va. died July 29, 2019 at Richfield Rehab Center in Salem, Va. after a long fight with heart disease and kidney disease. He was proceeded in death by his parents, Leon Fletcher and Miriam Phillips and by his sister, Antonia Girard.

Peter was born in New York, New York on July 6, 1939 and grew up in Cleveland, Ohio and New York City. He attended Rectory School, Pomfert, Connecticut and Wooster Schoool, Danbury Connecticut. As a mathematics major, he received a degree from Washington and Lee University, Lexington, Virginia and a Masters and Ph.D from the University of North Carolina, Chapel Hill. He taught mathematics at Virginia Tech from 1966 until 1992 and became a full professor. He wrote many papers and coauthored several books. He was particularly proud of a paper in number theory coauthored with Carl Pomerance and the text, Foundations of Higher Mathematics, coauthored with Wayne Patty.

In addition to his interest in mathematics, he enjoyed traditional folk music, collecting songs from family and friends and performing in local shows and for his own family. To improve his skills on the guitar, he studied with Scott Perry who helped create arrangements of his songs. He also enjoyed walking, hiking, tutoring, grandchildren and friends, collecting Ford Taurus Sho Cars and the company of his pets, both cats and dogs. He loved being a father to his children and grandchildren. Peter was known for his gentle sense of humor, his kindness and generosity to others.

A memorial service will be held on August 24, 2019, 1 PM in the Oak Room, Warm Hearth Community Center, Blacksburg, Va. A reception will follow.

In lieu of flowers, donations are suggested for the National Kidney Foundation https://www.kidney.org/donation?promo=MTL000127,
or The American Heart Association or Community Health Center of the New River Valley.