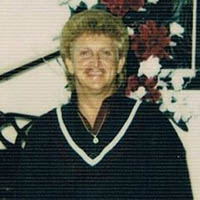 Jerry Wayne Fleeman, Sr. 62 of Pearisburg, VA passed away Thursday July 16, 2015 at his home. Jerry was born in Pearisburg on January 18, 1953 and was a son of the late Elmer Arland (Pat) Fleeman and Minnie Belle Fleeman.
Besides his parents, he was preceded in death by a half brother, Freddie E. Thorne and a half sister, Frances Sayers. Jerry spent many years working at Appalachian Power Company serving the Giles County area. For those that new Jerry well, they will forever remember his great sense of humor, his warm smile and his unforgettable talent when sitting behind the piano. He is survived by one son, Jerry Wayne Fleeman Jr. and Brandi Fleeman of Salisbury, NC, two grandsons, Caleb and Cooper Fleeman, five sisters, Lois V. & Charles Dent of Narrows, Loretta and Kyle Dent of Narrows, Maxine and Tommy Carter of Narrows, Bea Carter of Pembroke, Kathy Barrett of Bluefield, WV, two brothers, Elmer A. and Betty Fleeman, Jr. of Peterstown, WV, George E. and Judy Fleeman of Rich Creek and many nieces and nephews. Funeral services will be conducted at the Bethel Chapel Church in Pearisburg (1402 Clendennin Rd) Monday at 1:00pm with the Rev. Eddie Kendell officiating with burial following in the Birchlawn Burial Park in Pearisburg . The family will receive friends at the Givens Funeral Home Sunday evening from 6 – 8 pm. Online condolences can be sent to the family at Givensfuneralhome.com.