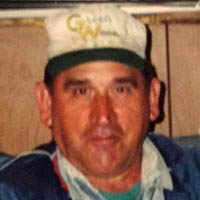 Richard Allen Fleeman, 72 of Narrows, VA went to be with the Lord on Friday, June 19, 2020 at Heritage Hall Tazewell. Richard was born on August 25, 1947 in Pearisburg and was the son of the late Pansy Fleeman Reed and his step-dad Howard W. Reed.

Richard was one of the biggest Green Wave fans that has ever been. He was also family to the community. For those of you who knew him knew he went to every game, even hitching rides to away games beating most fans to the game. Richard Fleeman loved the Big Green. He will be missed by many, and now has the best seat in the house.

He is survived by numerous cousins and many friends.

Graveside funeral services will be conducted Monday, June 22, 2020 at 2pm at Birchlawn Burial Park in Pearisburg with Pastor Jim Hagy officiating. In Lieu of flowers, memorial donations may be made to the Narrows High School Athletic Fund.