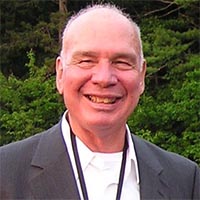 Donald L. Fleeger of Blacksburg departed this life on June 22, 2018. He was the son of Lloyd B. Fleeger and Jane Williams Fleeger of Mount Vernon, Ohio. Mr. Fleeger was preceded in death by his wife of 57 years Carol Lewis Fleeger and daughter Lori Morris of Richmond. The Fleegers are survived by their son Robert (Kathy) of Trinity, NC and daughter Sherry (Roger) Moore of Blacksburg and grandchildren, Megan Moore and Gregory Moore of Albuquerque, NM.

Fleeger graduated Ohio University. He served in the U.S. Army Reserve where he rose to the rank of Captain. Fleeger served two tours of duty, during the time of the Berlin Wall construction, attached to the 100th Division (KY, TNG) and stationed at Fort Chaffee, AR.

Afterwards Fleeger spent many years in radio broadcasting under the air name of Don Lloyd. His first years in broadcasting were in Ohio before moving to Williamsburg in 1967 doing play-by-play announcing for the College of William and Mary. Then moved to Blacksburg where he was the voice of the Virginia Tech Hokies for nine years and managed the WKEX radio station. He was the first to announce both VA Tech football and basketball games.

Leaving Blacksburg in the late 70s, Fleeger went to work for the Virginia Farm Bureau serving as Director of Communications.

Fleeger loved the game of golf and enjoyed passing on his love for the game to his son and grandson.