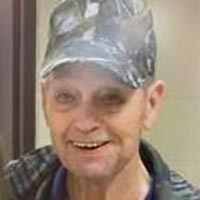 He enjoyed hunting, fishing and bowling. He was well known by many in Giles county. He was a regular at Hardees and Family and Friends, which they enjoyed seeing him every day and greeting him with his favorite meals. He was a long-time employee of Bostic’s Store and Red Flame Oil Company in Ripplemead.

Online condolences may be sent by visiting www.kendallfuneralhome.com. Kendall Funeral Home in Pembroke will be serving the Fisher family.