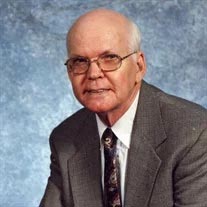 He was a faithful member of the New Hope Church of God since 1981, where he served in different capacities including treasurer for over 35 years.

He was preceded in death by his father, James Hurley Fisher; his mother, Gladys Hurd Fisher; two brothers, J.R. and John Fisher; his wife, Ruby Dalton Fisher; and son, Vincent Ray (Vic) Fisher. He is survived by his daughter and son-in-law, Linda and Billy Turman of Staffordsville; grandsons, Charlie Estes and wife Heather McIntosh, Cameron Johnson and fiancé Kim Booth; great-grandson, Jaxen Booth; step-granddaughter, Lori (Brian) McGuire; great-grandchildren, Haley Ward and Josh McGuire; and great-great-granddaughter, Willow. He is also survived by three sisters, Carrie Lee (Pat) Ross, Freada (Greg) McDaniels, Peggy (Bob McDaniels; and lots of special nieces and nephews who doted on their Uncle Ray, who always had a smile and a new joke or trick to share.

A special thanks to all his friends and family who stayed faithful with their prayers, visits and calls throughout his time of illness. He really missed going to church and being with his church family. Extra thanks to Roxanne Bond who always manages to be everywhere she’s needed all the time, to Charles Dalton who spent many hours sitting with him even as he slept and never wanting Linda to be alone, to Amy Smith and family and MediHome Hospice who sent wonderful nurses, caregivers who kept him cheerful till the very end, Alicia, Makenzie, Ginger, Missy, and Debbie.

Visitation will be Thursday, February 21, 2019, from 12-2 p.m. at New Hope Church of God. Funeral Services will begin at 2 p.m. with Pastor T. Michael Bond officiating. Interment will follow in Sunset Cemetery.