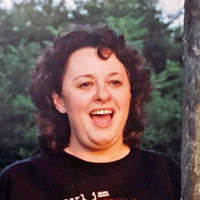 Deborah Lynn “Debbie” Fields joined the angels peacefully on the morning of January 27, 2022, in Rich Creek, VA. Debbie was born the eldest of nine children in Denver, CO, on April 22, 1956, and she was raised in Rich Creek, VA.

Debbie had several hobbies including, but not limited to, reading, cross stitching, and quilting. She also had an eye for decorating and maintained a beautiful home.

Memorial services will be held at 7:00PM on Wednesday, February 2, 2022, at the Broyles-Shrewsbury Funeral Home in Peterstown, WV, with Pastor Shahn Wilburn officiating. Visitation will be from 6:00PM until time of services on Wednesday at the funeral home.