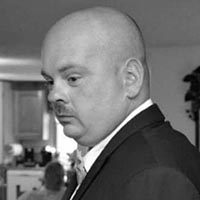 William Jason Ferguson, age 40, passed away on Monday, March 2, 2020, at the Carilion Giles Community Hospital in Pearisburg, VA. Born December 14, 1979, in Union, WV, he was the son of the late Bill “Flat Head” and Betty Ganoe Ferguson.

Jason was currently employed by Corning Inc. in Christiansburg, VA. He was a former member of the Rich Creek Volunteer Fire Department and the Giles Rescue Squad. He was an outdoorsman who loved to fish. He was a beloved father, brother, uncle, and friend who will be missed by all who knew him.

In addition to his parents, he was preceded in death by one brother, Randy Fields. Survivors include two sons, Shane Miller and Billy Ferguson, both of Peterstown, WV; one daughter, Madison Ferguson of Peterstown, WV; four brothers, David Fields and companion Donna of Pearisburg, VA, Mike Fields and wife Debbie of Romeoville, IL, Gary Fields and wife Michele of Pearisburg, VA, and Timmy Fields and wife Angela of Narrows, VA; three sisters, Debbie Dill, Tracey Haney and husband Bob, all of Norman, OK, and Robin Weyer and husband Dave of Narrows, VA; two very special friends, Michael Shrewsbury and Sean Harris; several nieces and nephews; and many, many friends.

Funeral services will be held at 2:00 PM on Saturday, March 7, 2020, at the Riverview Baptist Church in Ripplemead, VA, with Pastor Shahn Wilburn officiating. Burial will follow at Sunrise Memorial Gardens in Rich Creek, VA. Visitation will be from 6:00 PM until 8:00 PM on Friday, March 6, 2020, at Broyles-Shrewsbury Funeral Home in Peterstown, WV.