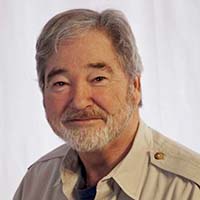 Robert was a U.S. Navy Vietnam Veteran. Upon completing his service, Robert went to school at Ole Miss and Florida Tech, ultimately receiving his Master’s Degree. For 36 years, he worked in several different departments for the government, including the Department of Defense. Robert was an overall wonderful person who loved motorcycles, computers, and reading. He was a beloved husband, father, grandfather, brother, and friend who will be missed dearly by all who knew him.

In addition to his parents, Robert was preceded in death by one brother, Chucky Ferguson; and one sister, Annette Sargeant. Those left to cherish his memory include his loving wife of nearly 25 years, Sarah Caldwell Ferguson; one son, Gregory Ferguson; one daughter, Rachel Ferguson; two stepsons, John and Adam Hopkins; one brother, Jerry Dean Ferguson; two sisters, Patricia Blankenship and Bridget Taylor; several grandchildren, nieces, and nephews; and his beloved golden retriever, Harley.

In keeping with Robert’s wishes, he will be cremated. A time of celebration and storytelling will be held by the family at a later date. Online guestbook can be signed or condolences may be sent to the family at www.broyles-shrewsbury.com. Arrangements by Broyles-Shrewsbury Funeral Home, Peterstown, WV.