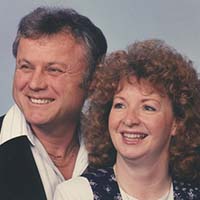 James Edward Ferguson, Jr., 66, of Radford, passed away Sunday, May 26, 2019. He was a member of Gethsemane Baptist Church and U. S. Navy veteran having served during the Vietnam War. He was preceded in death by his parents, James Edward, Sr. and Katie Ferguson.

Survivors include his wife of 30 years, Edna Ferguson of Radford; sons, Kevin DeWayne Ferguson of Roanoke; daughter, Tracey Ferguson of Pulaski; step children, Robert, Johnny and Lee; several brothers and sisters; 7 grandchildren, two of them being very special to him, Chloe and Ruger; and special sister-in-law, Debbie Ruiz.

The family receive friends from 11 a.m. until 1 p.m. on Friday, May 31, 2019 at the Mullins Funeral Home. Funeral services will begin at 1 p.m. with Pastor Jerry Gibson officiating. Interment with full military honors will follow in the Southwest Virginia Veterans Cemetery in Dublin.

The Ferguson family is in the care of Mullins Funeral Home in Radford. www.mullinsfuneralhome.com