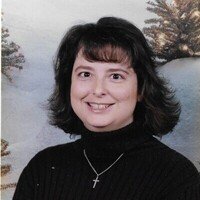 Leigh was a 1987 graduate of Spotsylvania High School. Following her graduation from Virginia Tech in 1991, with a Bachelor of Science Degree in Sociology, Leigh went on to earn a Master of Science, Family and Child Development at Virginia Tech in 1994 and in 1998 a Master’s in Social Work from Radford University. Leigh dedicated over twenty-five years of service to her adopted home in the New River Valley Region. As a Medical Social Worker at Carillion Roanoke Memorial Hospital. She served as an Assessment Specialist, CONNECT, at Carillion St. Albans Behavioral Health, over ten years as a Hospice Social Worker with Carilion Clinic Hospice and New Century Hospice in Wytheville. Lastly at Blue Ridge Cancer Care in Blacksburg, Va. Leigh was a member of Lifeline Church, Christiansburg, Va.

Leigh was born on June 9, 1969, in Fredericksburg, Virginia to James A. and Mary R. Faulconer. Including her parents, Leigh is survived by a brother, James V. Faulconer (Kelly) and a niece Alexandria L. Faulconer (Tate) and a sister Jamie L. Faulconer. Her Spotsylvania County family includes many aunts, uncles, and cousins. Leigh leaves behind a host of friends and co-workers, and individuals whose lives she touched through her work, all of whom she considered her family.

A graveside service will be held for Leigh at 3 pm on Sunday, June 5, 2022, at West View Cemetery in Radford, VA.