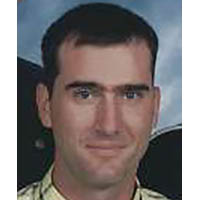 He was a graduate of Giles High School, a farmer by trade and a member of Newport-Mt Olivet United Methodist Church, Newport. Mart had fought a long and hard battle with Huntington’s Disease, and having lost his mother, sister, maternal grandfather, grandfathers sister, and uncles Greg, Geoffery, Kim, and Terry to the disease. Mart and his family greatly appreciated the individuals and the community for their show of love and support during his battle. He was preceded in death by his mother, his sister Jenny Grogan Farrier, his maternal grandparents Marge and Delmar Allen and his paternal grandparents Frank G. Sr and Rosalinda St Clair Farrier.

He leaves to cherish his memory his devoted father Martin P Farrier, III of Newport; his uncle Frank Farrier, Jr of Christiansburg; his cousin, who was raised with him and like a brother, Billy Farrier: and his maternal aunts Sabrina, Sherry, Vivian, Diane, Becky.
Memorial services will be conducted Wednesday, January 2, 2019, at 7:00 pm in The Newport-Mt Olivet United Methodist Church, in Newport, with The Rev. Morris Fleischer officiating. The family will receive friends at the church two hours before the services.

In lieu of flowers the family suggests that contributions be made in Mart’s memory to The Newport-Mt Olivet United Methodist Church. The Kendall Funeral Home in Pembroke is in charge of the arrangements. . Online condolences may be sent by visiting kendallfuneralhome.com