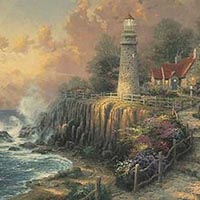 Howe Farmer Jr., 88, of Dublin, passed away, March 18, 2006, at the Blue Ridge Nursing Center at Stuart, Va. He was born on August 24, 1917 at Bland County Va., the son of the late Haven Howe and Ada Belle Shufflebarger Farmer. He was also preceded in death by his wife of 65 years, Cloas T. Farmer; three brothers and one sister.

He is survived by his daughter and son-in-law, Dianna and Paul Haga, Dublin two sisters, Lorena Kidd of Bluefield, Va., and Mary McGrady of Bland.

Funeral services will be Monday, March 20, 2006 at 11 a.m. at the A. Vest & Sons Funeral Home, White Gate with the Rev., Travis Hilton officiating. Burial in Highland Memory Gardens, Dublin. Visitation will be at the funeral home on Sunday after 1 p.m. and the family will receive friends from 6 to 8 p.m.