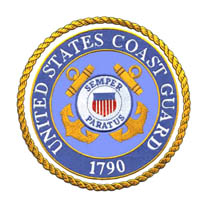 Steven Wayne Farley, 56, of Curve Road, Pearisburg, departed this life Monday morning, March 26, 2018 at his home. Born in Lexington, NC on April 8, 1961 he was a son of Nancy Nunn Farley and the late James Leroy Farley.

He was proud to have served in the U S Coast Guard, had been employed as a machinist at Long-Airdox and RAAP, enjoyed the outdoors, fishing, and especially being with his grandchildren.

Funeral services will be conducted Thursday at 2:00 pm in the Kendall Funeral Home, 605 Snidow St., Pembroke, with Pastors David Bracken and Phil Vickers officiating. Burial will follow in Birchlawn Burial Park in Pearisburg. The family will receive friends at the funeral Home two hours before the services. Online condolences may be sent by visiting kendallfuneralhome.com.