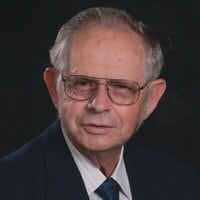 Ronald Keith Fanning, 79, of Pearisburg, VA, with outstretched hands, went to be with the Lord he faithfully served on Friday, October 29, 2021. He was born June 9, 1942 in White Gate, VA, the son of the late William Herbert & Cecil Morehead Fanning.

Ronnie was a devout Christian and member of Mt. Zion United Methodist Church. He volunteered his time in Christian love and witnessed to those he met along the way. He was a devoted member of the Mechanicsburg Charge “Methodist Men’s” group and enjoyed helping with their firewood and handicap ramp ministry. He is remembered for his generosity and kindness. He was a proud veteran of the United States Army Reserves where he served for 6 years. He was a member of the Wabash Lodge # 189 for many years. He enjoyed being outdoors and especially enjoyed hunting and fishing. He worked for the Celanese Corporation for many years. In retirement, he enjoyed traveling with Sunshine Bus Tours and was able to see many parts of the country.

Ronnie lived his life as illustrated for his love for the Lord. He touched anyone he encountered with his gentle kindness. He will be greatly missed by those who loved him and has gone on to Heaven, where he will be “hard to guard.”

Funeral services will be held Monday, November 1, 2021 at 11:00 A. M. at A. Vest & Sons Funeral Home Chapel, White Gate, with Charles Henderson officiating. Burial will follow in Walkers Creek Cemetery. The family will receive friends at the funeral home from 10:00 A.M. until service time, 11:00 A.M.

“Be sure to keep your oil and filter changed.”