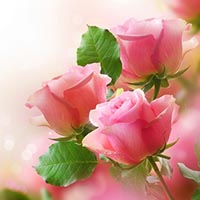 Mildred May Hayes Evans, 94, of 608 Village Green Circle in Princeton, died Thursday, Sept. 20, 2007 at Princeton Community Hospital. Born Oct. 29, 1912 in Snowville, Va., she was the daughter of the late Robert and Ida Mae Poff Woolwine. She was a retired cook for the Smythe County, Va. school system and was a member of the Princeton Church of the Nazarene.

Graveside services will be conducted at 2:00 p.m., Saturday, Sept. 22, 2007 at Woodlawn Park Cemetery in Bluewell with the Rev. C.B. Shrader officiating. Family and friends will serve as pallbearers. Friends may call at Seaver Funeral Home in Princeton from 12:00 noon until the service hour on Saturday. Those attending the graveside service are asked to meet at the funeral home by 1:30 p.m.

Seaver Funeral Home in Princeton is serving the Evans family.