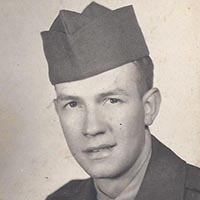 Don was a graduate of Narrows High School, attended Bluefield College, VA Tech and UVA Banking School. He was a U.S. Army Veteran. He retired from the First Virginia Bank in Rich Creek in 1994 as Branch Manager and Vice President. He also was a past President of the Narrows Chamber of Commerce. He was an avid outdoorsman, who loved and appreciated wildlife.

Graveside funeral services will be held Friday, October 23, 2020 at 1pm at the Birchlawn Burial Park in Pearisburg with the Rev. Doug Armstrong officiating.

Memorial donations may be made to the First United Methodist Church in Narrows.