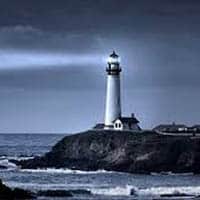 W. Keith Estes Jr. passed away peacefully on Monday, March 10, 2014 at The Kroontje Center in Blacksburg, VA. Keith was born in Pratts, VA in Madison County at the home of his grandparents, Thelbert and Ora Marshall on July 16, 1935. He was pre deceased by his parents, William Keith Estes Sr. and Mary Marshall Estes. Keith moved to Blacksburg with his parents in 1949.

He is survived by his wife of 59 years, Betty Willard Estes, their two sons, Curtis M. Estes and companion Rhonda L. Perry and J. Michael Estes and his wife, Pam, former daughter-in-law Deborah Trimarchi Hamilton as well as grandchildren Mary Rachel Estes, her fiancée Joshua Recca, J. Keith Estes, Jason Ehrhart, Kari A. Estes, her fiancée Dale Davis, and great granddaughter Magdalene (Mada) Recca, as well as a second great grandchild expected in May 2014. And to the entire family’s long time and indispensable friend Norma Hill, our journeys would have never been the same without you. And to Bruce Caldwell, you always came to the rescue when we needed you.

Keith met the love of his life, Betty Jo Willard, shortly after his family relocated to Blacksburg in 1949. The two were married on December 27, 1954 and spent 59 wonderful years together. He was a volunteer firefighter and first aid member in the late 1960’s. He worked in Washington, DC with the Capitol Police and later as a security officer for the Senate. He was called to duty with the Army and served in Germany from 1958-1960. On returning home, he went to work for the Blacksburg Post Office as a city carrier and retired after 33 years of service. Keith loved collecting and working on old clocks and going for rides in his 1940 Ford Coupe.

His family would like to thank The Kroontje Center at Warm Hearth, the staff at Lewis Gale Hospital Montgomery, and Good Samaritan Hospice for their care and support. In lieu of flowers, the family would appreciate donations be made in his memory to The Wounded Warrior Project with whom his grandson Jason is affiliated. Wounded Warrior Project, 4899 Belfort Road Suite 300, Jacksonville, Florida 32256. (www.woundedwarriorproject.org)