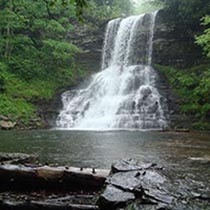 Roger Lee Epperly, 67, of Pulaski passed away Sunday, June 14, 2015 in the LewisGale Hospital Pulaski. Born in Christiansburg on Nov. 13, 1947 he was the son of the late Dewey Leonard and Virginia Epperley.

Funeral services will be held Wednesday, June 17 at 1:30 p.m. from the New Life Church of the Nazarene, S. Jefferson Avenue, Pulaski with the Rev. Desmond Barrett and Rev. Tim West officiating. Burial will follow in the Southwest Virginia Veterans Cemetery, Dublin. The family is receiving friends at the church from 12 noon till the service hour.