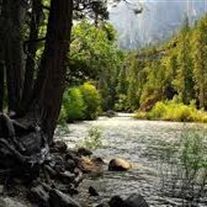 He was preceded in death by his mother, Mattie Lucas Elmore. He is survived by his wife, Barbara Stump Elmore, of Shawsville; and son, Matthew Elmore.

Graveside Services will be held at a later date in West Virginia. In lieu of flowers, donations may be made to help with funeral expenses. Arrangements by McCoy Funeral Home, Blacksburg, Va., 540-552-3211.